An Independence Day dilemma: What would you do if a drilling company offered you $50,000 in cash right now?

…That to secure these rights, Governments are instituted among Men, deriving their just powers from the consent of the governed.

Happy Independence Day to all. It’s a day to reflect on the rights we demanded 238 years ago, and to remember that we need to keep fighting to retain those rights today.

Because if it was up to the oil companies, we would just give those rights away for a few bucks.

Nadina Sadasivam of ProPublica reported this week that EQT Corporation is offering as much as $50,000 to Pennsylvania residents near its drilling operations in exchange for an agreement

“to release the company from any legal liability, for current operations as well as those to be carried out in the future. It covered potential health problems and property damage, and gave the company blanket protection from any kind of claim over noise, dust, light, smoke, odors, fumes, soot, air pollution or vibrations.”

The agreement also defined the company’s operations as not only including drilling activity but the construction of pipelines, power lines, roads, tanks, ponds, pits, compressor stations, houses and buildings.”

Now you might think, “$50,000 is a lot of money. Why on earth would a drilling company bestow all that money on an individual land owner?”

Why they are doing this

Let’s eliminate one possibility to start: EQT is not doing this out of the goodness of its natural gas-pumping corporate heart.

I think we can safely assume instead that the company must be doing this in its own corporate self interest. If so, what might the reasons be? I think it’s fairly obvious:

For those of you who like to look at legal documents, you can find EQT’s offer here.

Time to decide how you feel

So straighten up folks. This offer should crystallize your opinion about this whole drilling deal. Stop looking at your computer and step outside your front door and take a look around. This is your land, your life.

Are you willing to give it all up for $50,000? Because, for EQT, that’s the cost of doing business. They’re perfectly willing to give you that much and then be free to foul your air and water, make noise around the clock, tear up your property and roads and endanger your health. They’re clear that their profits will more than cover that cost.

If you’re answer is “yes,” then you should stop reading right now. You and I will probably disagree over whether the sun is going to rise tomorrow morning.

But if your answer is, “Hell no. You can’t pay me enough to give up my quality of life,” then read on, and consider that there is an alternative.

The real choice under Montana law

The choice should not be whether or not you want to accept the oil company’s offer.

There’s an alternative choice. It’s deciding what offer you want to make to the oil company, and then letting them decide whether or not to take it.

In 1963 the Montana legislature adopted Mont. Code Ann. § 76-2-209 as part of the Montana Zoning and Planning Act (MZPA). This law effectively prohibits local governments from

prevent(ing) the complete use, development or recovery of any mineral, forest, or agricultural resource.

This is similar to laws in other Western states. The owners of natural resource rights have a protected ability to get those resources out of the ground.

However, they can be restricted by conditions imposed by local governments. Montana counties and municipalities have authority to adopt local ordinances and zoning regulations necessary to promote the general welfare of their citizens. 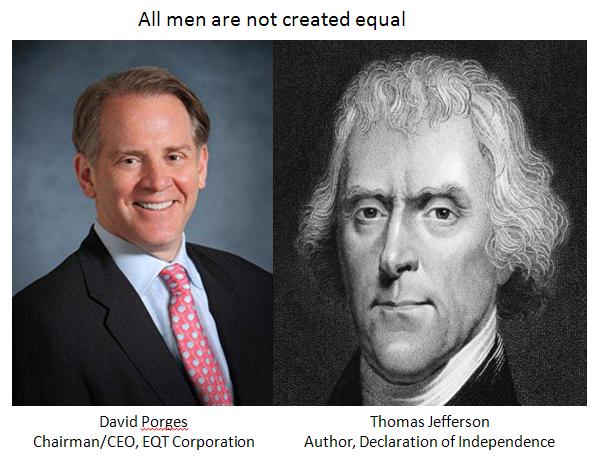 This power gives a local community the ability to dictate terms to the oil companies rather than the other way around. It’s a way for you to empower your government with the consent of the governed, just as Thomas Jefferson dreamed, and just as David Porges fears.

This is about fairness, and your rights

Demand what’s fair for you, not for an oil corporation.

When the time comes, don’t be afraid to add your signature to protect your rights.

The Moses family has lived on the Stillwater River since 1974, when George and Lucile Moses retired and moved to the Beehive from the Twin Cities. They’re gone now, but their four daughters (pictured at left, on the Beehive) and their families continue to spend time there, and have grown to love the area. This blog started as an email chain to keep the family informed about the threat of increased fracking activity in the area, but the desire to inform and get involved led to the creation of this blog.
View all posts by davidjkatz →
This entry was posted in Community Organization. Bookmark the permalink.