I want to make you aware of what looks like a terrific learning opportunity available on November 4 at Noon Mountain time. Three experts will be describing the state of the science on the health implications of fracking.

The event is offered by the Collaborative on Health and the Environment (CHE), a nonpartisan organization with a mission of strengthening the science dialogue on environmental factors impacting human health.

The title of the event is Fracking’s Wide Health Impact: From the Ozone to Ground Water and All Those Living in Between, a Science Update. Background from the organization:

Research on the health impacts on those living around fracking sites, where shale is hydraulically shattered to extract trapped energy through the administration of a number of known toxicants, only continues to grow more concerning. For example, Utah’s Uintah Basin, home to a combined 11,200 oil- and gas-producing wells, exceeded the level of the EPA’s National Ambient Air Quality Standards for ozone pollutants for 39 days in the winter 2013, placing it above the Los Angeles Basin’s typical summertime levels. Studies have shown that some chemicals used in fracking are carcinogenic and others are associated with respiratory, neurological, and reproductive health problems. Despite these findings, not only in Utah, but in other places in the US and the world, tens of thousands of new wells are being proposed with little or no regulation and oversight from the gas companies nor the government.

Note that you will need to RSVP to be on the call. To RSVP: 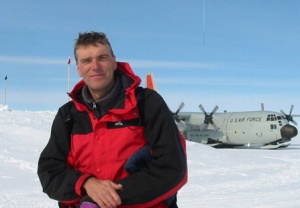 Detlev Helmig, PhD, is a Fellow and Associate Research Professor at Institute of Arctic and Alpine Research (INSTAAR) at the University of Colorado, Boulder. Dr. Helmig, after receiving a Diploma degree in Analytical Chemistry from the Ruhr-University in Bochum, Germany, conducted his PhD research at the Fraunhofer Institute for Environmental Chemistry and Ecotoxicology in Schallenberg, and at the University of Duisburg, studying the causes of forest decline in Germany in the 1980s. After postdoctoral studies at the Statewide Air Pollution Research Center at the University of California, Riverside, he moved to Colorado as a visiting scientist at the National Center for Atmospheric Research (NCAR). With support from an EPA Young Investigator Award, he developed his research program at the University of Colorado. Since 2001 he has been with the Institute of Arctic and Alpine Research (INSTAAR) where he leads the Atmospheric Research Laboratory. His research interests cover surface and biosphere-atmosphere gas exchanges, atmospheric chemistry and transport. Particular current foci include ocean-atmosphere gas fluxes and their controls, trace gas chemistry in snow, volatile organic compound emissions from vegetation, and impacts of oil and gas development on the atmosphere. Dr. Helmig is a steering member of the World Meteorological Organization (WMO) Global Atmospheric Watch (GAW) scientific advisory group for reactive gases, and his laboratory houses the global monitoring program for atmospheric volatile organic compounds (VOC). Besides his atmospheric research Dr. Helmig has developed an interest in sustainable energy and lifestyle. He recently designed and constructed the fully solar-powered home that he and his family reside in within the City of Boulder, Colorado.

Michelle Bamberger, MS, DVM is a researcher, author and veterinarian in private practice in Ithaca, NY and serves on the advisory board of Physicians, Scientists, and Engineers for Healthy Energy. Dr. Bamberger received her DVM from Cornell University in 1985. Before attending Cornell, she earned her masters degree in pharmacology from Hahnemann University Medical College and then worked in equine research for two years at New Bolton Center, University of Pennsylvania Veterinary School. After graduating from Cornell, Dr. Bamberger studied at Oxford University and practiced small animal and exotic medicine and surgery in both Massachusetts and New York. Before opening Vet Behavior Consults in 2002, Dr. Bamberger returned to Cornell for training in the field of behavior medicine as a Visiting Fellow. She has a special interest in educating the public on veterinary topics and has taught adult education courses and written two books on the topic of first aid. Since 2009, Dr. Bamberger has been investigating the links between human and animal health and unconventional fossil fuel extraction. She is the coauthor of The Real Cost of Fracking: How America’s Shale Gas Boom Is Threatening Our Families, Pets, and Food. 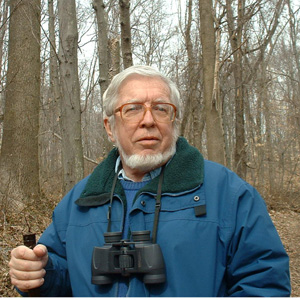 David Brown, ScD, is the Public Health Toxicologist and Director of Public Health Toxicology for Environment and Human Health, Inc. He is the past Chief of Environmental Epidemiology and Occupational Health in Connecticut and was previously Associate Professor of Toxicology at Northeastern College of Pharmacy and Allied Health. He also served as Deputy Director of the Public Health Practice Group of Agency for Toxic Substances and Disease Registry (ATSDR) at the National Centers for Disease Control and Prevention in Atlanta, Georgia. Dr. Brown graduated from Cornell University in Biochemistry, received his MS from the University of California In Environmental Health, and his ScD from Harvard School of Public Health in Toxicology.

Bamberger, M. and Oswald, R.E. (2014) Long-term impacts of unconventional drilling operations on human and animal health. Journal of Environmental Science and Health Part A, in press.

The Moses family has lived on the Stillwater River since 1974, when George and Lucile Moses retired and moved to the Beehive from the Twin Cities. They’re gone now, but their four daughters (pictured at left, on the Beehive) and their families continue to spend time there, and have grown to love the area. This blog started as an email chain to keep the family informed about the threat of increased fracking activity in the area, but the desire to inform and get involved led to the creation of this blog.
View all posts by davidjkatz →
This entry was posted in Fracking Information and tagged Collaborative on Health and the Environment, David Brown, Detlev Helmig, health impacts, Learning opportunity, Michelle Bamberger. Bookmark the permalink.