Why can’t we pin down the relationship between fracking and water quality?

The answer lies in government bureaucracy, industry stonewalling, the unwillingness of our elected representatives to protect us, and the rapid growth of the fracking industry. The bottom line is that government and industry have conspired to keep us from proving what we know is true.

It’s no wonder that local citizens are taking matters into their own hands.

USGS: “not enough data available to assess”
According to a study just released by the US Geological Survey, we just don’t have enough data to understand the potential risks to water quality associated with unconventional oil and gas development in the United States:

“We mined the national water-quality databases from 1970 – 2010 and were able to assess long-term trends in only 16 percent of the watersheds with unconventional oil and gas resources,” said Zack Bowen, USGS scientist and principal author of the article that appears in American Geophysical Union’s Water Resources Research. “There are not enough data available to be able to assess potential effects of oil and gas development over large geographic areas.”

The key, says USGS, is the absence of baseline data in nearly every study. We often know that fracking occurred, and that water is contaminated after it occurs, but we can’t draw a causal link because we didn’t measure the content of the water before the drilling took place. 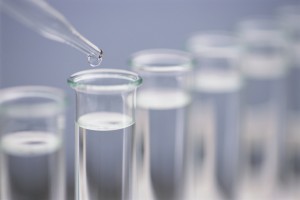 This is a problem that we’ve discussed often. Long-time readers will recognize the legal problems caused for individual landowners when baseline water data isn’t available. Your well water can be pristine, and after the oil operator has been there a month, it can become contaminated. Let’s say you have it sampled, and it contains benzene or other contaminants. But if you go to court to collect damages, you can prove that the water contains benzene, but, without baseline data, what you can’t prove is when and how the benzene contamination occurred.

You’re not going to get a judgment without the baseline data because you can’t legally prove the causal link between drilling and your brown water. Even if it happened a month after the oil company got there, you’ve got no proof as to the state of your water before the drilling started.

The State of Montana has inadequate laws for water testing
The laws of Montana do almost nothing to protect you. Baseline water testing is not required by Montana law, except for injection wells. In addition, there are

And there’s no help on the horizon. In the current Montana legislative session, Senate Bill 172, sponsored by Sen. Sharon Stewart-Peregoy of Billings, would have required oil and gas developers to pay for baseline water tests of groundwater before any development activity starts at a site and after a well is plugged. It died in committee, and won’t be considered again until at least 2017.

The EPA has spent five years not finding this out
So why doesn’t the federal government do something about it? They were going to, but…

This spring the EPA will release a draft of its long-awaited study of the relationship between fracking and water quality. It’s not going to give us the information we want.

“We won’t know anything more in terms of real data than we did five years ago,” said Geoffrey Thyne, a geochemist and a member of the EPA’s 2011 Science Advisory Board.  “This was supposed to be the gold standard. But they went through a long bureaucratic process of trying to develop a study that is not going to produce a meaningful result.”

In 2010, as the fracking industry was exploding in size, the House Appropriations Committee directed the EPA to conduct a comprehensive study of the relationship between fracking and water quality.

According to Neela Banerjee of Inside Climate News, The EPA jumped at the chance. “There is every opportunity for this study to clarify and give knowledge and insight about the [fracking] operations so that the American people can be confident that their drinking water is pure and uncontaminated,” said Paul Anastas, then-director of the EPA’s Office of Research and Development, which ran the study, at a congressional hearing in May 2011.

The EPA designed the water study around these elements:

But this design proved way too ambitious for the timeline, the budget and the ultimate political fallout.

Some members of the Committee’s Science Advisory Board urged the EPA to scale back the study design, given the project’s budget and timetable.

“The single most important thing you could do is prospective studies for a year or two at a few wells,” said Thyne, the board member.

A prospective study is one which seeks to assess the association between a hypothesized risk factor and an outcome by sampling both exposed and unexposed subjects (or intervention and non-intervention groups) and then following them for the period of study. In other words, get baseline data for a small number of wells, some in fracking areas and some not, and then test the water before, during and after drilling.

Prospective studies were included in the EPA project’s final plan in 2010 and were still described as a possibility in a December 2012 progress report to Congress. The problem is that you can’t do a prospective study with cooperation from the oil and gas companies.

As the political climate changed in their favor, the oil companies become less willing to cooperate. Republicans took control of Congress in 2010 and were more sympathetic to oil interests. And in 2012, President Obama was running for election and touting the economic benefits of fracking. Nobody was going to push the oil and gas industry.

They dug in their heels and not a single company agreed to participate in the EPA study.

After three years of looking for suitable locations for baseline research, the EPA determined it had to move on or risk further delays to the overall study. Originally due in 2012, the final study is now expected in 2016 after the completion of reviews.  A draft version will be made public this spring.

It is no surprise that Congress didn’t push the industry to participate. For the last  35 years they have been gutting landmark environmental legislation by exempting the oil and gas industry from the rules, culminating in the infamous Halliburton Loophole, which enables the industry to avoid having to disclose the chemicals used in fracking.

So, this spring, after five years of bureaucratic bumbling, industry obfuscation and political dancing, we’ll be no further along in understanding the relationship between fracking and water contamination.

“Our expectations are low about getting anything conclusive about whether the risks with fracking are insurmountable or manageable,” said Briana Mordick, a staff scientist with the Natural Resources Defense Council. “When the report comes out, each side will be able to say what they want about it. I don’t think it will necessarily change the landscape.”

We know that it happens, and why
We certainly have plenty of information that tells us that contamination happens. In Pennsylvania alone, 243 wells near fracking sites have been contaminated.

And we know how it happens. The diagram below, from Inside Climate News, shows several ways water contamination can occur because of fracking:

But we can’t prove the causal relationship because the industry doesn’t want us to, and our elected representatives don’t want to offend the industry, which has been very generous in financing their election campaigns.

This is why we need local control of oil and gas drilling
This is why local communities feel they need to take control of protecting themselves. This is why community leaders in Carbon and Stillwater counties are fighting to establish districts in which they can require oil companies to do baseline water testing and then periodic testing afterward to make sure their water is safe.

This is not radical environmentalism. This is just landowners protecting their water. In rural communities like those along the Beartooth Front, water is life. There are no municipal water systems to fall back on. If an aquifer or well is contaminated, there is no water for feeding livestock or watering crops.

The State of Montana clearly isn’t going to do it, and the federal government isn’t either.

Who can blame landowners for wanting to protect their own water?

The Moses family has lived on the Stillwater River since 1974, when George and Lucile Moses retired and moved to the Beehive from the Twin Cities. They’re gone now, but their four daughters (pictured at left, on the Beehive) and their families continue to spend time there, and have grown to love the area. This blog started as an email chain to keep the family informed about the threat of increased fracking activity in the area, but the desire to inform and get involved led to the creation of this blog.
View all posts by davidjkatz →
This entry was posted in Fracking Information and tagged baseline water testing, EPA, Halliburton Loophole, prospective studies, SB172, US Geological Survey, water contamination. Bookmark the permalink.