The following editorial appeared in Butte’s Montana Standard on March 11. SB374 will be debated before the Senate Taxation Committee on Wednesday, March 18. If you support this bill, follow directions for contacting your representatives at the end of this post immediately to make your voice heard. 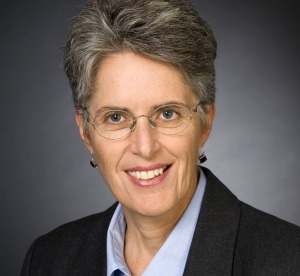 In Montana, we believe in fairness and a level playing field. But right now, oil and gas companies extracting Montana resources are not paying their fair share. From 2008 to 2014, these companies received a tax break of more than $126 million, costing local communities and the state critical revenue to meet infrastructure, social service, and public safety needs.

In 1999, the legislature created a huge tax break for oil and gas companies. It lowers the taxation of oil and gas production to almost nothing during the most profitable period of extraction – the first 12 to 18 months. At the time, proponents of the tax break claimed that it would encourage development. Studies show, however, that oil companies do not base their decisions on state taxes. Quite simply, these out-of-state corporations operate where there is oil, period. We know now that this tax policy has cost Montana hundreds of millions in lost revenue, but the costs have been especially high to the communities who feel the strain on their public services and infrastructure.

Let’s compare. In North Dakota, during times when oil prices are high, a typical Bakken well producer is taxed at an average rate of 10.6%. However Montana taxes these companies at less than one percent during the first 12 to 18 months, regardless of how high oil prices are and how much profit a producer makes.

The money Montana hands over to oil and gas companies as a tax break should instead be invested in our communities, on maintaining critical public services like education, water systems, housing, and roads. Increasing population in oil- and gas-impacted counties has overwhelmed local police, firefighters, domestic violence shelters, and child abuse officials.

What could this revenue have provided? The tax breaks to oil companies in 2014 alone could have instead funded any one of the following:

The revenue Montana lost between 2008 and 2014 could have supported seven years of Early Edge, an investment to ensure Montana’s children enter kindergarten ready to learn.

Aren’t those more important than a tax break for big out-of-state corporations?

We can fix this. I am proposing Senate Bill 374 to ensure oil companies pay their fair share. The bill will place a “trigger” on the tax holiday. When oil prices are high, the state and communities are ensured a revenue stream. North Dakota, experiencing a similar oil boom, has had a similar tax structure in place for several years.

My bill will also ensure that the majority of this revenue goes to where it is needed most – the communities in Eastern Montana. A fund will be set up to address the ongoing infrastructure, safety, and social service needs of the communities hit the hardest by the production.

The oil and gas tax holiday is costing Montana millions in revenue for public services and infrastructure. It’s time to fix it and put those dollars to better use.

What you can do:

First of all, this bill is likely to be heard in the Taxation Committee on Wednesday, March 18. It is important that you act NOW to be heard.

You also can email the Committee. Use this online form. About halfway down it will ask you to choose which committee.

NOTE: You should be aware that the Taxation Committee voted entirely along party lines in the 2013 legislature to table a similar bill. Senators Tutvedt, Homas and Taylor were all on that 2013 committee, and all voted to kill the bill. Focus your efforts on the Republicans — two of them will have to vote yes to get this bill out of Committee.

The Moses family has lived on the Stillwater River since 1974, when George and Lucile Moses retired and moved to the Beehive from the Twin Cities. They’re gone now, but their four daughters (pictured at left, on the Beehive) and their families continue to spend time there, and have grown to love the area. This blog started as an email chain to keep the family informed about the threat of increased fracking activity in the area, but the desire to inform and get involved led to the creation of this blog.
View all posts by davidjkatz →
This entry was posted in Fracking informaation, Politics and History and tagged Christine Kaufmann, Oil and Gas Tax Holiday, SB374, Taxation Committee. Bookmark the permalink.