A new study from Yale University released this week shows that a large number of chemicals found in fracking fluid and wastewater are associated with reproductive and developmental toxicity.

The study, “A systematic evaluation of chemicals in hydraulic-fracturing fluids and wastewater for reproductive and developmental toxicity,” was published in the Journal of Exposure Science and Environmental Epidemiology on January 6, 2016. In the study, the authors systematically evaluated 1,021 chemicals identified in fracking fluids, wastewater, or both for potential reproductive and developmental toxicity to identify those with the potential for human health impacts.

They researched each against a database, and discovered the following:

Why this is important
There have been a number of studies that have associated proximity to fracking wells with adverse reproductive and developmental health impacts. We have reported on several on this site:

What this new study does is look at specific chemicals to identify the potential causes of the outcomes identified in the previous studies. This enables future studies to examine potency, chemical properties, and environmental concentrations to further hone in on what specific chemicals are causing adverse human health outcomes. 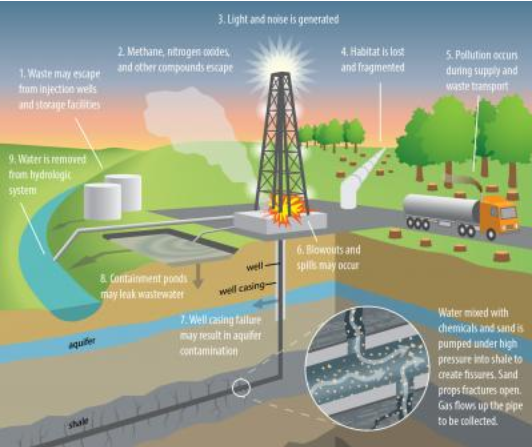 What it means for the Beartooth Front
These studies do not provide a smoking gun that explains exactly how chemicals found in oil and gas drilling adversely affect humans. We are honing in on the exact linkage, but we have to keep in mind that the fracking boom began just a few years ago and it will take science many years to catch up with the human health impacts.

In the meantime, it is essential for local residents to demand that safety measures be put in place. The scientific information gathered in this study and the ones that preceded it argue strongly for the following types of local regulations:

Communities cannot wait for science to catch up. They need to take strong action to protect the health of their citizens.

The Moses family has lived on the Stillwater River since 1974, when George and Lucile Moses retired and moved to the Beehive from the Twin Cities. They’re gone now, but their four daughters (pictured at left, on the Beehive) and their families continue to spend time there, and have grown to love the area. This blog started as an email chain to keep the family informed about the threat of increased fracking activity in the area, but the desire to inform and get involved led to the creation of this blog.
View all posts by davidjkatz →
This entry was posted in Health impacts and tagged community health, developmental health, health impacts, local regulation, reproductive health, Yale University. Bookmark the permalink.