Tesla Motors killed the gasoline-powered car last week. The Silicon Valley company accomplished this feat without delivering a single automobile. But as sure as Henry Ford killed the horse and buggy by mass producing an affordable Model T a century ago, Tesla’s announcement of its Model 3 means we’re approaching the end of the internal combustion engine.

The proof is in the astonishing public reaction to the announcement of a car that will sell for $35,000, and won’t even enter into production until late 2017. In the first weekend after the announcement, 276,000 buyers put down a $1000 non-refundable deposit for a car they won’t be able to see for two years.

This is by far the fastest growing order book in the history of the auto industry. It’s more cars ordered in four days than General Motors delivers in a month. It’s not surprising — Tesla promises to deliver features that are obviously exciting to the mainstream market:

To give an idea of how the numbers have blown past projections, Musk tweeted, “token of appreciation for those who lined up coming via mail. Thought maybe 20-30 people per store would line up, not 800. Gifts on order.” 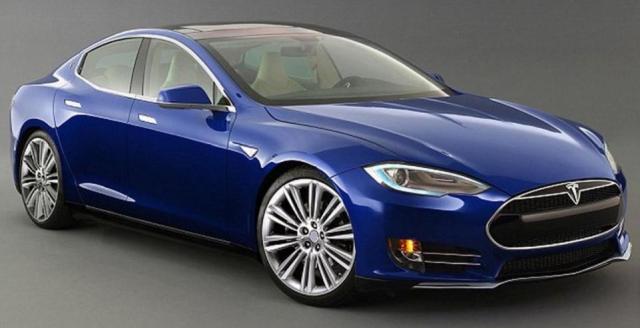 Tesla’s success is the clearest sign that the market wants to move quickly to electric cars, but there are other signs as well:

Doubters should recognize that what we’re talking about here is global market disruption, not excess government regulation, and the impact will be tremendous. Vehicle consumption currently accounts for about 70% of our oil usage in this country. The rise of the electric car and the death of the internal combustion engine will change our energy landscape forever.

Watch the video to take a test drive in the gas-powered car killer.

The Moses family has lived on the Stillwater River since 1974, when George and Lucile Moses retired and moved to the Beehive from the Twin Cities. They’re gone now, but their four daughters (pictured at left, on the Beehive) and their families continue to spend time there, and have grown to love the area. This blog started as an email chain to keep the family informed about the threat of increased fracking activity in the area, but the desire to inform and get involved led to the creation of this blog.
View all posts by davidjkatz →
This entry was posted in Clean energy and tagged Elon Musk, Tesla Motors. Bookmark the permalink.