We have now been through four debates in this election cycle — three for president and one for vice president — and there has not been a single question posed to any candidate on energy and climate change.

At Preserve the Beartooth Front, we believe that this is the key issue facing the United States over the next 20-30 years. It is central not only to energy policy, but to economic development, national security, immigration, infrastructure, and much more. 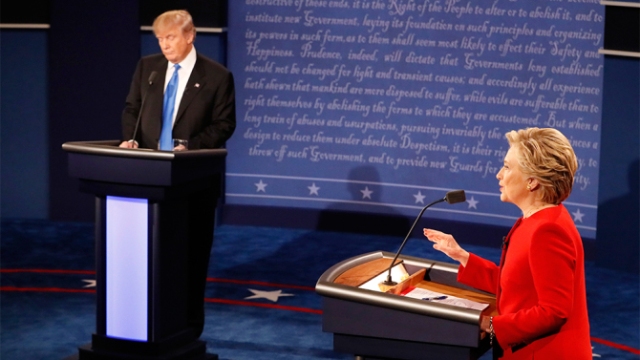 It is deeply concerning that these issues have not taken center stage in the campaign. Failure to debate them publicly lessens our chances of coming to consensus about a course of action that will enable the US to become an effective leader in reducing the impacts of climate change, and to transform our economy to take advantage of the dramatic shifts in energy technology that will occur in the coming decades.

We have tracked the candidates’ positions on energy and climate change for over a year, and have many questions we would pose to Hillary Clinton and Donald Trump if we had the chance. Here are ten. Please feel free to contribute your own in comments.

The Moses family has lived on the Stillwater River since 1974, when George and Lucile Moses retired and moved to the Beehive from the Twin Cities. They’re gone now, but their four daughters (pictured at left, on the Beehive) and their families continue to spend time there, and have grown to love the area. This blog started as an email chain to keep the family informed about the threat of increased fracking activity in the area, but the desire to inform and get involved led to the creation of this blog.
View all posts by davidjkatz →
This entry was posted in Clean energy, Climate change and tagged clean energy, climate change, Donald Trump, Hillary Clinton, Paris climate agreement. Bookmark the permalink.