Stillwater County’s out of state law firm wasted no time in responding to the Beartooth Front Coalition’s lawsuit against Stillwater County by filing a motion to dismiss the suit. The petitioners have responded, and the case is in motion. This post summarizes the state of the case so far, with links to the court documents. 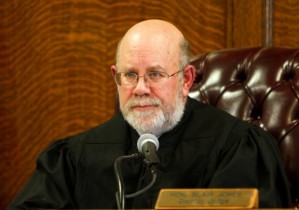 The lawsuit: A review
In 2013, in response to an announcement from a West Virginia company that it planned to “bring a little bit of the Bakken” to the Beartooth Front, local landowners began working on collecting signatures to form a citizen-initiated zone. The goal of the zone was not to stop drilling, but to enact common sense regulations that would protect water, soil, air, and the ranching/agricultural economy in southern Stillwater County. The process defined in Montana law is that the landowners must collect the signatures of 60% of the real property owners in the area and present them to the Commissioners, who will form a zone if they determine “the public interest or convenience” requires it.

The landowners sought advice from the Commissioners, who refused to engage or provide guidelines for collecting signatures. In November, 2015 they presented the signatures of what they believed were 60% of the landowners to the County Clerk. After some initial feedback from the Clerk they had to redo about 100 signatures. They did that, and resubmitted signatures in February, 2017. The County Attorney provided an explanation on how the signatures would be counted, and in August, 2017 they notified the landowners that they had exceeded the 60% threshold.

All’s well that ends well? Not so fast. The County Attorney, after discovering that the petitioners had reached the threshold, decided that “real property owners” meant not only the surface owners, but the mineral owners too. Her reasoning ignored the fact that there are at least 111 existing citizen-initiated zones in Montana, and not a single one has ever required the signatures of mineral rights holders. Finally, in January, 2018, the Commissioners accepted the County Attorney’s reasoning and rejected the zone.

The landowners sued in February, 2018, arguing that requiring the signatures of minerals owners is a misapplication of the law.

Commissioners file for dismissal of the suit
On May 1 Budd-Falen, the high-priced Cheyenne law firm, filed a motion to dismiss the suit. They did not respond to the question of whether the Commissioners were justified in requiring the signatures of minerals owners, but instead claimed that the zone itself was an illegal application of the law. Their argument was twofold:

For these reasons, they claimed in their brief, the County cannot legally even consider the petition to form the zone, and for that reason the suit should be dismissed.

The County’s claims in their motion to dismiss are nothing new. They are straight out of the oil and gas industry playbook. Their argument goes like this: in Montana, only the Board of Oil and Gas Conservation has the right to regulate oil and gas; counties do not have the right to do so. As a result, the reference materials the landowners put forward when they submitted their petition are illegal.

We saw the same argument in the recent Carbon County citizen-initiated zoning case, and the Commissioners there had the good sense to dismiss it. The letters filed by two attorneys involved summarize the argument, and the reasons why it is not correct. Recommended reading if you’re interested in the details of this case. 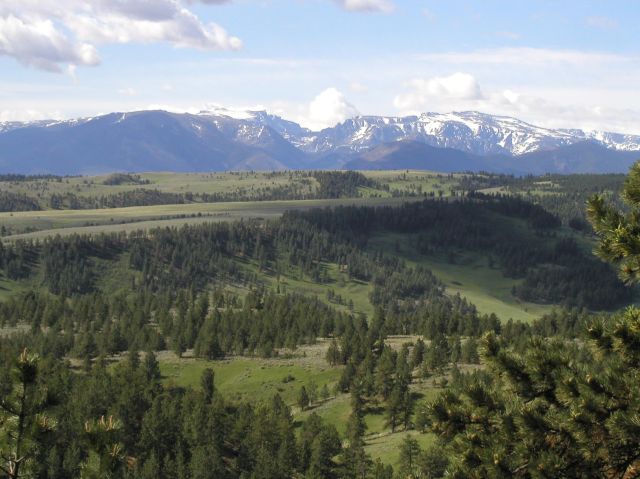 The area of the proposed zone along the Beartooth Front. What the landowners are trying to preserve

Petitioners response
On May 14 the Beartooth Front landowners filed their response, requesting a hearing and asking the judge to dismiss the County’s motion. A summary of their argument:

Landowners confident
The Commissioners’ motion to dismiss is just a sideshow. Landowners are confident that Judge Jones will dismiss this motion, as it has no basis in Montana law. Perhaps it does in Wyoming.

Once this motion is dismissed the Judge can move on to the real issue in the case, which is the Commissioners’ decision to require the signatures of mineral rights owners.

The Moses family has lived on the Stillwater River since 1974, when George and Lucile Moses retired and moved to the Beehive from the Twin Cities. They’re gone now, but their four daughters (pictured at left, on the Beehive) and their families continue to spend time there, and have grown to love the area. This blog started as an email chain to keep the family informed about the threat of increased fracking activity in the area, but the desire to inform and get involved led to the creation of this blog.
View all posts by davidjkatz →
This entry was posted in Legal and tagged Beartooth Front Coalition, Beartooth Front Zone, citizen initiated zoning, Judge Blair Jones, Lawsuit, Stillwater County Commissioners. Bookmark the permalink.