What happens when Energy Corporation of America abandons a well?

You’re probably familiar with the saga of Energy Corporation of America (ECA) announcing that it planned to bring “a little bit of the Bakken” to the Beartooth Front and elsewhere in Montana. The story, for the moment at least, has run its course.

It’s been a dramatic 18 months, but we’ve all learned a lot about how oil companies approach a community, and how they behave when they leave.

As most of you are aware, ECA sent a letter to the Carbon County Commissioners last December saying they were abandoning a well in Belfry “for now.” It is now nearly four months later, so let’s take a look over in Belfry to see what they left behind.

API “Good Neighbor Standards”
We know what they were supposed to do. The American Petroleum Institute has established a set of “good neighbor standards” for oil and gas operators that is intended to be “the gold standard for good neighbor policies that address community concerns, enhance the long-term benefits of local development, and ensure a two-way conversation regarding mutual goals for community growth.”

These standards state that during the “departure phase” the operator should show a “commitment to reclaiming the land using best practice restoration and reclamation processes.”

That’s not what ECA has done. The waste pond is still in place with fluid in it. 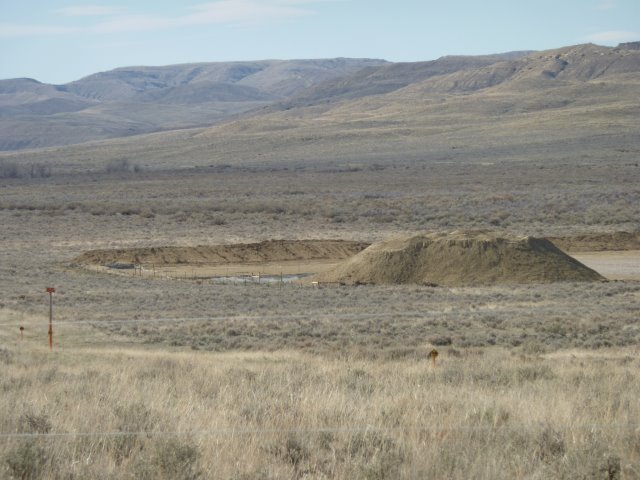 The pond has been fenced, as has the wellhead, but there has been no reclamation or replanting, and there is still a big pile of dirt left behind. 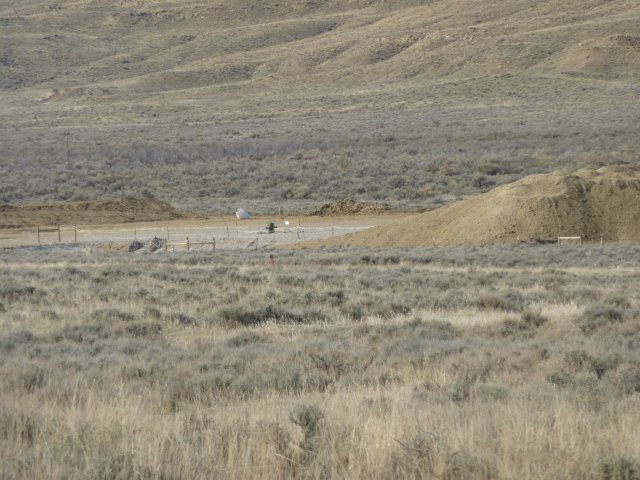 Wellhead with pile of dirt

ECA has insisted throughout this process that they are “good neighbors,” and have pointed to some self-serving good works that had no impact on Carbon County. Their attorney reiterated this in a letter to the County Commissioners, stating that “ECA…conducts its business in a completely safe and responsible manner.”

But the proof is in the pudding. Like most oil and gas operators, ECA does nothing that detracts from the short-term bottom line. They certainly didn’t in the Silvertip area. And that doesn’t even mention their well-documented record as a serial polluter in Pennsylvania and West Virginia, and their proven failure to pay fair royalties to landowners.

This is just one more reason why local landowners are justified in fighting to set regulations locally to protect their properties.

The Moses family has lived on the Stillwater River since 1974, when George and Lucile Moses retired and moved to the Beehive from the Twin Cities. They’re gone now, but their four daughters (pictured at left, on the Beehive) and their families continue to spend time there, and have grown to love the area. This blog started as an email chain to keep the family informed about the threat of increased fracking activity in the area, but the desire to inform and get involved led to the creation of this blog.
View all posts by davidjkatz →
This entry was posted in Fracking Information and tagged American Petroleum Institute, Carbon County Commissioners, Energy Corporation of America, good neighbor standards. Bookmark the permalink.

2 Responses to What happens when Energy Corporation of America abandons a well?