The video of Monday’s Carbon County Commission meeting is very revealing and worth looking at in detail. I’m going to do three posts commenting on Energy Corporation of America’s (ECA) presentation at the meeting, providing my interpretation of what was said and not said. As I see it, the interaction between a company that is planning major industrial operations and the community in which they plan to operate comes down to mutual respect, trust, and legal protections. That is the lens I will be using to look at the interaction.

The topics I will discuss:

If you haven’t seen it, here’s the video of ECA’s appearance before the County Commission on Monday, September 8.

ECA involvment in the Beartooth Front community
ECA has not been publicly forthcoming about its plans for the Beartooth Front. Since CEO John Mork and Director Peter Coors came to Billings to announce the opening of an office there, we have heard nothing publicly from the company about what its specific plans are.

The company did not appear at a hearing of the Montana Board of Oil and Gas regarding the permit in Belfry. They have built a large well pad in Dean, and have provided no information about what they intend to do with it. In June, when they were drilling the Belfry well, we heard publicly from the company only to issue a denial that they had done anything illegal.

So it was big news among local landowners when they agreed to come to the County Commissioners meeting on Monday to provide an overview of their plans. Local residents are very concerned about this issue. They’ve been studying and organizing for a year in response to the company’s one single announcement last October. A lot of them showed up to find out what the company had to say, and the video of the meeting is already one of the most popular posts on this blog. People want to know.

At a big event like this, the company sends strong signals about its importance by its choice of who to send to make the presentation. If it is an important event, like the opening of an office in Billings, the company sends John Mork and Peter Coors. 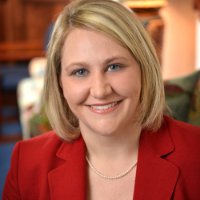 I don’t want to demean the two people the company sent to this meeting in any way. Seth Nolte, the Project Manager for the Belfry well, did a good job with what he had to work with. He is local, and, according to Internet profiles, was a star student in high school and college who flew out to West Virginia to join ECA three years ago. He was poised and as open as he was allowed to be in his presentation. Jennifer Vieweg is an ECA community relations representative who flew out to the meeting from the company’s Charleston, West Virginia office.

We’ve heard from these two before. They were central players in the dispute with local landowners over water use at the Belfry well site in June. In a nutshell, Seth hired a local contractor to haul water to the site. The contractor took water without a right from a local gravel pit. Neighbors complained to the Montana Department of Natural Resources, Jennifer issued a statement denying ECA was doing anything wrong, and the DNRC quickly shut the contractor down, leaving Seth to ask, “What am I supposed to do?” You can read all about it here.

So, our only interaction with two people asking us to trust their company with our precious water involves their complete misunderstanding of Montana water law.

This is not their fault.

However, it is ECA’s fault that they didn’t send someone senior and knowledgeable who could discuss the company’s plans and answer questions. The person they should have sent is Peter Sullivan, the company’s Vice President of Exploration. Mr. Sullivan would have been familiar with all these issues and could have been open and specific about every question raised.

Bringing local residents out to a public meeting and sending representatives who are unable to provide any detail, especially after the company has been silent for nearly a year after announcing big plans, is disrespectful. If you’re going to engage, you should have enough respect to give community members the information they want. Showing respect establishes trust and forms the basis for a fair legal relationship.

What signals is the company sending? It’s pretty obvious they don’t want us to know what they’re up to. This is not a position that inspires trust.

ECA’s “local” philanthropic commitment
At the outset of his presentation Seth touted ECA’s commitment to the community. He highlighted the ECA Foundation’s $100,000 grant to ACE Scholarships Montana (ACE). ACE scholarships fund private school tuition for needy K-12 students. Julie Mork, Managing Director of the ECA Foundation, says that this is “indicative of our commitment to the communities where we operate.” 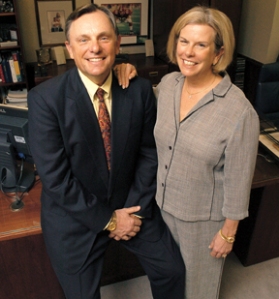 There is a problem with this. To my knowledge, there are no K-12 private schools in Carbon or Stillwater Counties. So this demonstration of commitment is certainly wonderful for some needy students in Montana, but it won’t matter a lick to residents along the Beartooth Front.

To confirm this, I called the Montana ACE office and talked to Sarah Laszloffy, who told me that ACE gave out scholarships to 658 Montana students last year and hopes to give out over 700 this year. Locations of students receiving the scholarships? Here’s a complete list: Libby, Whitefish, Kalispell, Polson, Missoula, Hamilton, Helena, Butte, Manhattan, Bozeman, Belgrade, Livingston, Billings, Great Falls, Havre, Glendive and Miles City.

You have to wonder about a company so tone deaf that its top officers don’t even know enough about the Beartooth Front to recognize that its awesome philanthropic commitment will mean nothing to local residents.

It doesn’t have to be this way.

If you read these, you can see that ECA has not followed a single standard. The company has no interest in being a good neighbor according to the standards of its own industry organization. Their interest is in getting their oil out, and holding the community at bay until they’re done.

Being a good neighbor means something along the Beartooth Front
The concept of corporate good neighbor policies has great meaning along the Beartooth Front. The Good Neighbor Agreement with the Stillwater Mining Company is a legally binding contract that has established a process for citizens to regularly meet with company representatives to address and prevent problems related to mining impacts, reclamation, wildlife, and other issues. It set aside land in conservation easements, instituted a program to reduce traffic on winding valley roads, and provided for independent environmental audits.

The Good Neighbor Agreement has demonstrated that it’s possible to run a responsible, profitable mining operation while protecting natural resources. The reason the community was able to negotiate this agreement is that, unlike ECA, the Mine is in the community for the long term. They have a small number of locations, their employees live in the community and send their children to local schools, and as a result the company and its employees have to live with the consequences of the way they run their business. It makes sense to work with the community as good neighbors.

It’s all about respect and trust
These are all little things, you say? These little things say a lot. They all add up to a lack of ECA respect for the community. If this community were important to ECA, they would send a senior executive. They would be transparent. They would abide by API good neighbor guidelines, and they would commit to the community in a meaningful way, not by throwing a small portion of their expected profit into a fund that has zero local impact.

Despite this, what they are asking us to do, in effect, is trust them with our most precious possessions — our land, our water, our air, our health.

Why would we do that?

The whole point of the Silvertip Citizen Initiated Zone is to establish necessary legal protections against ECA’s lack of concern for our welfare. A legally binding approach is exactly what has worked so well in Stillwater County. This kind of approach doesn’t keep them from getting their oil. It keeps us from becoming a victim of their lack of respect. As Ronald Reagan once said, “Trust, but verify.”

It’s much easier to trust when you establish a sound legal basis for doing so.

Tomorrow: The ECA presentation and the issue of the company’s poor compliance track record in other states.

The Moses family has lived on the Stillwater River since 1974, when George and Lucile Moses retired and moved to the Beehive from the Twin Cities. They’re gone now, but their four daughters (pictured at left, on the Beehive) and their families continue to spend time there, and have grown to love the area. This blog started as an email chain to keep the family informed about the threat of increased fracking activity in the area, but the desire to inform and get involved led to the creation of this blog.
View all posts by davidjkatz →
This entry was posted in Community Organization, Politics and History and tagged Carbon County Commission, Energy Corporation of America, Good Neighbor Agreement, Jennifer Vieweg, Seth Nolte, Stillwater Mine. Bookmark the permalink.