There was an interesting and unexpected editorial in this morning’s (January 21) Billings Gazette, entitled “Montana can’t stake its future on coal.”

The central argument of the editorial is that US coal-fired power generation will continue to decline and be offset by an increase from renewable sources, so it makes no sense for Senator Daines and others to accuse the Administration of “killing coal,” as Daines did this week in Billings. Instead,

“Montana must look forward….We don’t want anyone to lose jobs, but in a dynamic economy jobs are lost and new jobs are created. Any Montana workers who will be displaced by changes in the coal and electrical industries deserve training and support to land good, new jobs.

“Our state has been creating jobs steadily. There will be new jobs, regardless of what happens to coal.

“Montana’s leaders in government and business should host summits on energy diversification. Let’s figure out how to provide what energy customers want and how to best transition out of the energy they don’t want.”

This is an argument that we have been making on this site for years. Montanans need to recognize that the battle to prop up fossil fuels is lost. The transition to a clean energy economy may play out over years or decades, but it is time for the state’s leaders to step forward to put Montana at the forefront of that transition, not, as Senator Daines would have it, trying to beat a dead horse. Recent data shows that clean energy jobs are already here, and, according to the Political Economy Research Institute at the University of Massachusetts, a million dollars invested in wind or solar will produce twice as many jobs as a million dollars invested in coal or natural gas, as shown in the chart on the right.

In the meantime, local citizens need to work with their elected representatives to ensure that local laws protect citizens and ensure the preservation of rural and small town life as the transition occurs. 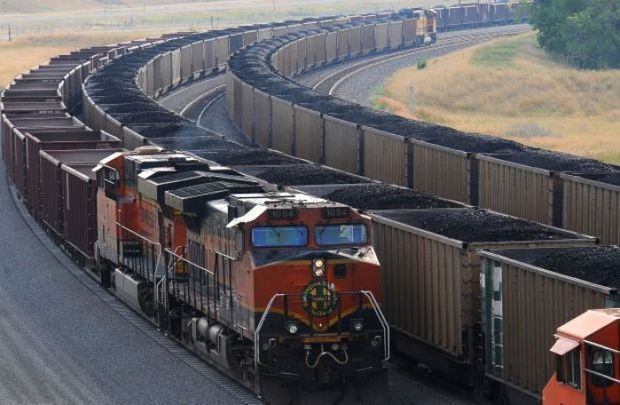 The Moses family has lived on the Stillwater River since 1974, when George and Lucile Moses retired and moved to the Beehive from the Twin Cities. They’re gone now, but their four daughters (pictured at left, on the Beehive) and their families continue to spend time there, and have grown to love the area. This blog started as an email chain to keep the family informed about the threat of increased fracking activity in the area, but the desire to inform and get involved led to the creation of this blog.
View all posts by davidjkatz →
This entry was posted in Clean energy and tagged Billings Gazette, clean energy, coal, Political Economy Research Institute at the University of Massachusetts. Bookmark the permalink.