Gianforte plans to put industry in charge of the DEQ

According to an article in the Missoulian, gubernatorial candidate Greg Gianforte was in Great Falls last Thursday, where he told supporters that, as Governor, he will “focus more on customer service than enforcement, in part, by placing ‘someone from industry’ or business at the helm of state agencies such as the Department of Environmental Quality (DEQ).” 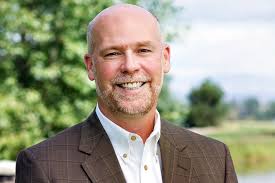 The issue is an important one. The Montana Constitution guarantees each citizen the right to a “clean and healthful environment”. This is a fundamental right that has existed for over 40 years.

With regard to oil and gas issues, the DEQ stands alone as the state agency charged with protecting that right. According to the DEQ’s web site, the agency’s “ultimate goal is to protect public health and to maintain Montana’s high quality of life for current and future generations.”

Tom Livers, the current head of DEQ, was appointed by Governor Bullock in 2014. He has been with the agency since it was formed in the 1990s, is skilled at working with the Legislature, and has a credible record of being an advocate for the environment.

There is no other agency in the state that protects citizen rights against the oil and gas industry. The Montana Board of Oil and Gas Conservation, which has primary responsibility for permitting oil and gas wells, is structured as an arm of the industry, and has a long history of favoring operators at the expense of landowners.

The result of this structure is that Montana has inadequate regulations regarding water protection, and has built few legal safeguards to protect its citizens, such as minimum distances of oil and gas wells from occupied buildings.

So when a candidate for Governor says he’s going to turn the one agency that protects citizens into a “customer service” arm for the oil and gas industry, it should be a cause for alarm.

Gianforte’s campaign is just getting started, and his position on the DEQ may change. But Montanans should be wary of electing a Governor who is going to undercut citizen rights. And local citizens along the Beartooth Front should increase their urgency in working with county government to create local regulations that build necessary protections at the local level.

The Moses family has lived on the Stillwater River since 1974, when George and Lucile Moses retired and moved to the Beehive from the Twin Cities. They’re gone now, but their four daughters (pictured at left, on the Beehive) and their families continue to spend time there, and have grown to love the area. This blog started as an email chain to keep the family informed about the threat of increased fracking activity in the area, but the desire to inform and get involved led to the creation of this blog.
View all posts by davidjkatz →
This entry was posted in Community Organization, Politics and History, Uncategorized and tagged clean and healthful environment, Greg Gianforte, Montana Board of Oil and Gas Conservation, Montana Department of Environmental Quality, Tom Livers. Bookmark the permalink.