Stillwater County Beartooth Zone: The Commissioners’ position is not only illegal, it is completely undemocratic

Posted on February 8, 2018 by davidjkatz

The Stillwater County Commissioners seem dead set on fighting County taxpayers in court to protect the rights of outsiders. No county in the history of Montana has ever taken their position, it is untested in court, and it is completely undemocratic and unfair.

To see how undemocratic the Commissioners’ position is, let’s look at two actual properties in the proposed zone. Names have been changed, but these properties actually exist. 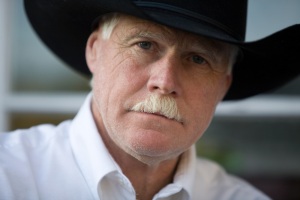 Bill’s ranch counts as one property

Property 1: Bill has lived in Fishtail all his life. His great grandfather homesteaded his 1500 acre ranch beginning in 1910, and his family has lived there ever since. The ranch passed down to Bill and his wife Margaret when his dad died in 1978, and they have willed it to their daughter to make sure it stays in the family. The family has kept the minerals intact for the entire period they have owned the ranch, so Bill has the sole mineral rights.

Bill is not opposed to allowing drilling on his property. The royalties would be welcome, but he is concerned about the possibility of permanent damage. He knows that spills are a natural part of drilling — he found out from the Montana Board of Oil and Gas that there were 91 incidents in Montana in 2016 alone. Toxic spills could harm his livestock, permanently damage his water supply, and render portions of his property unusable.

He signed the zoning petition to make sure that regulations are put in place to require operators to follow industry best practices for water, soil, and air testing. If that happens, he’d be willing to consider leasing his land. If not, he figures it’s just not worth the risk.

According to the standards the Stillwater Commissioners have put in place, Bill’s ranch counts as one property.

Property 2: The Jensen family lives in Billings. They bought a vacation cabin on a ½ acre plot of land on the Stillwater in Nye in 2012. They love to visit, but it’s hard to get there more than a couple of times every summer.

They don’t know much about oil drilling, but they signed the petition because they are concerned that truck traffic on Stillwater River Road will tear up the dirt and make it unusable.

They have read that a single well can require 400-800 or more truck trips, and wells are frequently grouped together, so it’s easy to imagine serious damage to a dirt road. They know that the County would have to pay for that damage, and remember how it took the Commissioners over two years to scrape together the budget to clean up a rock slide that closed the road. Zone regulations would require operators to pay for any infrastructure damage they cause.

But here’s the undemocratic part. The Jensens’ mineral rights were severed from their surface rights decades ago. They are now split among 32 owners. According to the Commissioners’ policy, the Jensens’ cabin counts as 33 properties compared to Bill’s one property!

No matter how County Attorney Nancy Rohde and the Commissioners try to spin it, there is no principle of law or justice in the United States of America in which the Jensens’ half-acre vacation cabin should have 33 times the voice of Bill’s 1500-acre ranch. Bill’s family will probably be here for another hundred years, and will have to deal with the consequences of unregulated drilling. The Commissioners think Bill’s opinion should count 3% as much as a bunch of speculators holding lottery tickets for a few hundred dollars worth of oil royalties that will probably never amount to anything.

Feel free to let the Commissioners know how you feel about this nonsense.

The Moses family has lived on the Stillwater River since 1974, when George and Lucile Moses retired and moved to the Beehive from the Twin Cities. They’re gone now, but their four daughters (pictured at left, on the Beehive) and their families continue to spend time there, and have grown to love the area. This blog started as an email chain to keep the family informed about the threat of increased fracking activity in the area, but the desire to inform and get involved led to the creation of this blog.
View all posts by davidjkatz →
This entry was posted in Community Organization and tagged Beartooth Front Zone, Dennis Shupak, Mark Crago, Maureen Davey, Nancy Rohde, Stillwater County Commissioners. Bookmark the permalink.

5 Responses to Stillwater County Beartooth Zone: The Commissioners’ position is not only illegal, it is completely undemocratic