Telling personal stories
The oil and gas boom has been underway for a number of years in many locations across North America, and many stories have come to light about individuals and families whose lives have been personally affected. This post is part of a regular weekly series of those stories on this blog to help you envision what could happen if drilling expands along the Beartooth Front, and what is possible to keep that from happening.

Today’s story is a tragic tale of neglect by a large oil and gas company that led to the unnecessary death of a young Montana oil worker. 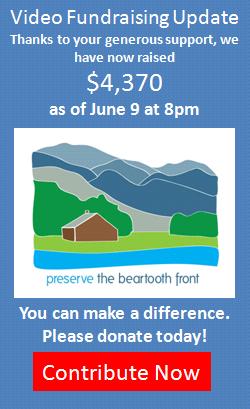 Dustin Bergsing, Edgar, Montana
Part of this post aired on Prairie Public Radio on September 12, 2013. It’s part of a four-part series on injuries and death in North Dakota’s oil fields. Todd Melby was the reporter. The audio of Mr. Melby’s report appears at the end of the post.

“As oil field jobs go, Dustin Bergsing seemed to have a  pretty safe one. He wasn’t swinging pipes on a drilling rig or working with big moving trucks. He was a well watcher, monitoring tank levels in the Bakken near Mandaree, North Dakota.

“He worked alone, often at nights, for a Marathon Oil contractor called Across Big Sky Flow Testing. Once every two hours he climbed a ladder, walked across a metal catwalk, opened hatches and peeked inside a series of giant brown storage tanks that were filled with a mixture of crude oil, gases, and frac water. If one of the tanks was nearing capacity, he changed the flow so another tank would start filling.

“One of the few dangers Bergsing faced was possible exposure to hydrogen sulfide gas, also known as H2S gas. It’s an odorless, colorless gas that some wells naturally produce. It can kill a person, so Bergsing wore a yellow H2S monitor on his helmet to warn him of high levels of the deadly gas.

“But something went wrong on the night of January 7, 2012. Just after midnight, Bergsing failed to respond to an alarm indicating that a tank was almost full, so a co-worker came to check on him. That co-worker found Bergsing’s lifeless body on the catwalk.”

What followed was a classic case of industry denial in the face of facts. The initial investigation by OSHA showed that the likely cause of death was hydrocarbon poisoning. No other abnormal chemicals or drugs were found in his body. But Bergsing’s monitor was working, and the medical examiner concluded that the hydrocarbon poisoning was not work related.

A surprise witness
This explanation might have prevailed, except Dustin’s mother filed suit against Marathon Oil. During the course of discovery for the trial, a surprise witness came forward. The witness is an environmental engineer with a chemistry degree.

His real name is not revealed in the radio report below because he had been fired from Marathon Oil and he fears that he will lose his present job if his identity becomes known.

What he revealed is that hydrocarbons come from natural gas, a byproduct of crude oil. If that gas isn’t captured or flared properly, it can fill the air and suffocate a person.

The witness was hired by Marathon Oil in October 2011, about three months before Bergsing died. Shortly thereafter the witness noticed that large amounts of hydrocarbon vapors were leaking from oil storage tanks. In the past, Marathon routinely used two flare stacks per tank, but at this point, according to the witness, the company was just using one.

As a result, that natural gas flowed into storage tanks like the ones where Bergsing worked. In a statement under oath, the witness described how he documented the problem with co-workers. He recorded the leaks with an infrared camera. He created a spreadsheet estimating the amount of the leaks. He measured some of the gas levels, and said that, to his belief, the levels were not only toxic, but lethal.

Whistleblower stifled
So he began writing emails to his superiors. He asked why they had reduced the number of flares from two to one. He asked why the piping was undersized during the flowback. The company’s reaction was to punish the witness because he wrote these emails saying that there were compliance issues that needed to be addressed. He says he was told not to write any more emails, but to call instead, because emails could be discovered in a legal proceeding. Marathon actually brought a corporate lawyer up to North Dakota from Texas to tell him how to write emails that would not expose the company.

Then, after a second worker became dizzy in May, 2012, four months after Bergsing died, the witness and two co-workers went out to the well, took measurements and concluded that the oxygen content was less than breathable. It was only after this second incident that Marathon finally took action and began supplying its contractors and employees with air respirators. In June, 2012, less than one year after he started working at Marathon, the witness was fired for “performance reasons.”

Lawsuit settlement. Marathon admits liability
Ultimately this witness’ testimony was decisive. In February 2013 the two sides reached a settlement in the lawsuit. While the details of the settlement were not released, the two sides issued a statement that said in part,

(Marathon Oil) knew or should have known that the oil well and tank facility where Dustin Bergsing worked was unreasonably dangerous due to the presence of a large amount of toxic hydrocarbon gases under pressure in the oil….

(Marathon) was actually warned by an employee that the accumulation of gases at these wells was ultrahazardous, and could result in a death.”

With regard to damages, the statement said that a total had not been calculated “other than to value the case in the seven-figure range.”

About Dustin
The story of Dustin’s unnecessary death is particularly painful because it hits so close to home. Born in Livingston, he lived in Edgar, an unincorporated area in northern Carbon County, with his fiancee Lacey Breding and their daughter McKinley, born less than two months before Dustin’s death.

A competitive bull rider, Dustin touched many people because of the joy he brought to those around him. “That kid had probably the biggest heart I’ve ever seen on anybody. Big as this world,” said his good friend Jason Bold.

“Ahhh, he was beautiful,” Breding says. “He was a beautiful man. He had brown hair. And it was always kinda shaggy, curly like my daughter’s. She has his curls. He had the cutest grin. You could not be mad at him if he had a smile on his face. And his face would turn beat red when he would laugh. I could just see it.”

Dustin and Lacey had met a year earlier at the Northern Rodeo Association finals, the same way Lacey’s parents met. The friends who he touched have memorialized him with an annual bull riding event, now in its third year.

Photo of Dustin Bergsing’s H2S monitor (below) courtesy of OSHA.

The Moses family has lived on the Stillwater River since 1974, when George and Lucile Moses retired and moved to the Beehive from the Twin Cities. They’re gone now, but their four daughters (pictured at left, on the Beehive) and their families continue to spend time there, and have grown to love the area. This blog started as an email chain to keep the family informed about the threat of increased fracking activity in the area, but the desire to inform and get involved led to the creation of this blog.
View all posts by davidjkatz →
This entry was posted in Personal stories and tagged death, Dustin Bergsing, Edgar Montana, hydrogen sulfide, Marathon Oil, personal stories. Bookmark the permalink.