There’s a project being developed down in Louisiana that you probably don’t know about. It’s being put together by a company you’ve probably never heard of. Time to sit up and take notice, because the State of Louisiana is playing lotto with the State’s future, and they’re betting big on numbers 21, 85 and 16. What they’re doing provides a lesson for us in Montana on how state officials are motivated to gamble the future for short-term economic success. 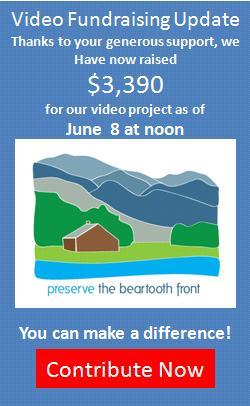 The Sasol Project
A small item on the web site of Sasol, the Johannesburg-based multinational energy and chemical corporation (and former state oil company of South Africa), describes a project in development:

In December 2012, Sasol announced completion of two feasibility studies and a decision to move forward with the front-end engineering & design (FEED) phase for a world-scale ethane cracker and gas-to-liquids (GTL) facility at its Westlake site in Southwest Louisiana.

The two projects combined will create more than 1,200 permanent jobs, 5,000 construction jobs at peak construction and more than 50,000 indirect jobs across the U.S., with approximately half in Louisiana.

Yes, 21 is the first number Louisiana is betting on, up to $21 billion that Sasol is willing to invest. You read that right. It is a massive project that could transform the state’s economy. Sasol plans to build a 3000-acre energy complex that would reduce, or “crack,”cheap fracked gas into ethylene, a raw chemical used in plastics, paints and food packaging. It also plans to convert the gas into high-quality diesel and other fuels, using a process once advanced by Nazi scientists to power Panzer tanks.

The project would take advantage  of existing shipping and pipeline infrastructure along the Gulf Coast.

To accomplish this, Sasol is constructing a complex so massive that the Wall Street Journal says,

…let’s put it this way: We are building a Qatar on the Bayou. From whole cloth, companies are laying new cities of fertilizer plants, boron manufacturers, methanol terminals, polymer plants, ammonia factories and paper-finishing facilities. In computer renderings, the Sasol site looks like a fearsome, steel-fitted Angkor Wat.

In all, some 66 industrial projects—worth some $90 billion—will be breaking ground over the next five years in Louisiana, according to the Greater Baton Rouge Industry Alliance. Tens of billions of other new investments could be coming, says Louisiana’s economic development secretary, Stephen Moret. How many projects will actually get built remains to be seen.

A view of the Louisiana site

That’s a pretty incredible set of economic benefits to the project. So much that Governor Bobby Jindal, who seems likely to join Montana’s Brian Schweitzer on the path from a state governorship to the 2016 Presidential election, has offered $2 billion in State funds as an incentive to support the project.

And that’s as far as most state politicians are willing to look into a project like this.

The environmental cost
But there are costs. And risks Big ones.

According to the Wall Street Journal, the Sasol plant alone is expected to emit 85 times the state’s “threshold” rate of benzene each year. You read that right. 85 times.It will also produce massive streams of carbon dioxide and treated water. And it is just one new facility of many.

So 85 is the second number Louisiana is betting on in this game of lotto on the State’s future. They’re betting that nobody is going to notice the level of poison that will be going into the atmosphere.

If you’re not familiar with benzene, it’s a colorless or light yellow liquid chemical with a sweet odor. It evaporates into air quickly, and dissolves only slightly in water and floats on the top. It is highly flammable.

It is also highly toxic over long periods of exposure. According to the Center for Disease Control, long-term effects of exposure include:

And there’s more. Tim Murphy writes in Mother Jones that

an analysis conducted by the Louisiana Department of Environmental Quality (DEQ) in February determined that the new project “will result in significant net emissions increases” of greenhouse gases, promethium, sulfur oxide, nitric oxide, and carbon monoxide. By its calculations, the plant will spew out more than 10 million cubic tons of greenhouse gases per year.

Amazingly, that same agency “determined that the facility would have no impact on the soil or air quality, and wouldn’t significantly affect the water supply, although “some change in existing water quality may occur.”

the history of gas-to-liquid plants is mixed, prone to cost overruns and technology snafus. Should gas prices rise, or oil prices fall, they can quickly become huge money losers. Right now, the arbitrage is in Sasol’s favor. Oil trades at around 24 times the price of natural gas. In 2007, by comparison, it was around seven times. Sasol needs the ratio to be at least 16 to make money.

The ratio of oil to gas prices has spiked recently. Will it continue to stay high? That’s what Louisiana officials are betting on. Click to enlarge.

So, their eyes blinded by visions of an economic boom, the State of Louisiana is willing to bet on 16, a ratio much higher than has been the historical norm. Market fluctuations could take it lower and drive the Sasol project out of business. There’s just no way to tell with such a long-term project of this scale.

Louisiana officials see visions of a state flush with mineral wealth, with jobs for all, and an economic engine that will fuel prosperity throughout the United States. They’re willing to play lotto in the hopes that they’ll get political gains before the State has to pay off their gambling debts.

But should they be playing lotto with the State’s future? It’s easy to construct an alternative scenario where those numbers come up losers as the environment is irretrievably damaged, and market fluctuations leave the state with hollowed out cities, joblessness and economic stagnation. The bust would come, of course, after Bobby Jindal and many current legislators would have moved on, available to be blamed in absentia by the politicians left holding the bag.

We’re seeing it now in eastern Montana, but anyone who thinks the state will be willing to look beyond their visions of wealth to provide support if the drillers come to the Beartooths can think again. The litany of the ways the state turns its back on local property owners is long. To name just a few:

State governments want growth, and they don’t care if the rights of local landowners get trampled in the process. In Stillwater and Carbon counties, we need to act locally to make sure our rights are protected.

The Moses family has lived on the Stillwater River since 1974, when George and Lucile Moses retired and moved to the Beehive from the Twin Cities. They’re gone now, but their four daughters (pictured at left, on the Beehive) and their families continue to spend time there, and have grown to love the area. This blog started as an email chain to keep the family informed about the threat of increased fracking activity in the area, but the desire to inform and get involved led to the creation of this blog.
View all posts by davidjkatz →
This entry was posted in Fracking Information and tagged air pollution, Benzene, economic growth, Linear Natural Gas, Louisiana, Sasol. Bookmark the permalink.