Sometime this week the 100,000th reader will drop in here at Preserve the Beartooth Front. To me this is an amazing accomplishment, one I never imagined when I started writing about oil and gas fifteen months ago.

This site began as a way of educating myself and my extended family about oil and gas issues. I didn’t start with a preconceived notion of how I felt about it, but the more I read the more convinced I became that drilling is dangerous, and that the cards are stacked against local residents, who are mostly powerless when the oil industry comes to town. My interest has become a passion, and I’ve now written over 250 posts on the subject. I believe strongly that local citizens can make a difference if they inform themselves and work together.

About my readers
Over 94% of the hits on the site come from the United States, the large majority from Montana, and over 97% come from English speaking countries. But I’ve had visitors from 75 different nations, and I can only imagine how they got here. Were the four Saudis who dropped in oil magnates interested in my thoughts on oil prices? And how in the world did that one person from Rwanda possibly find me? It certainly sparks the imagination.

The largest single source of visitors is the No Fracking the Beartooth Front Facebook page, which has been a great partner in this endeavor. As content has built over time, more and more get here through Google searches.

Blogging is an unflinchingly democratic activity. Nobody has to read, and no one says, “I’ve got to read that” just to spare your feelings. People read if they think what you have to say is worthwhile, and take a pass if they don’t. Sometimes what I think is my best work gets a big ho-hum from readers, and sometimes a throwaway like What does David Letterman’s retirement mean to the Beartooth Front? (videos of David Letterman and Stephen Colbert ranting about fracking) brings in hordes of readers. And those who don’t agree can be much more vocal than those who do. I’ve been called some names that I had to look up.

Most read stories
But it’s interesting to look back at the posts that attracted the most readers, so I thought I’d share them. You might find one or two that you missed that are worth reading.

Here are the ten posts that attracted the most views:

Personal stories
One feature of the site that has been particularly popular is the series that highlights the personal stories of people all over North America whose lives have been changed, often permanently, by oil and gas drilling. The stories below have attracted the most readers, and you can find links to all the stories here.

There’s a lot of fight left. I’ll be around for awhile. 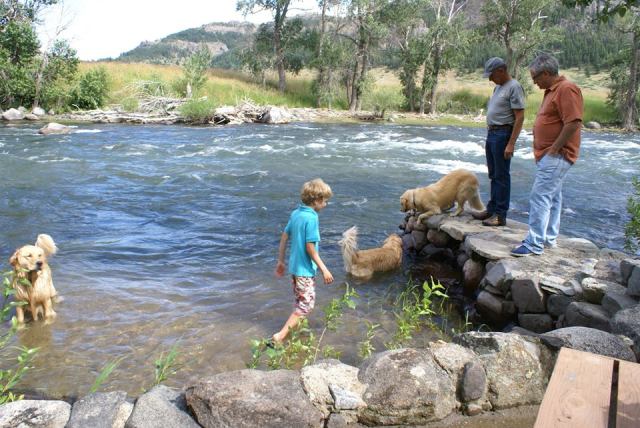 The Moses family has lived on the Stillwater River since 1974, when George and Lucile Moses retired and moved to the Beehive from the Twin Cities. They’re gone now, but their four daughters (pictured at left, on the Beehive) and their families continue to spend time there, and have grown to love the area. This blog started as an email chain to keep the family informed about the threat of increased fracking activity in the area, but the desire to inform and get involved led to the creation of this blog.
View all posts by davidjkatz →
This entry was posted in Shared Letters and Posts, Uncategorized and tagged Preserve the Beartooth Front. Bookmark the permalink.