Who pays for infrastructure? You do. The case of Sidney, Montana

Yesterday’s post was about infrastructure, roads and taxes. The basic argument was: 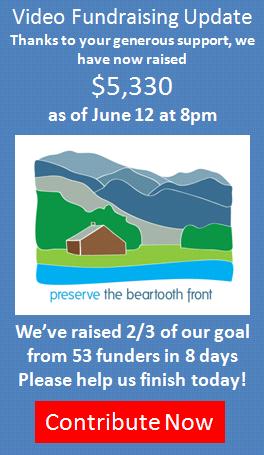 There’s a way to determine if these arguments are true. We can head up to Sidney, which is at the center of the Montana portion of the Bakken, to see what has taken place there since the oil boom started.

I found a Montana Public Radio piece from late last year that included an interview with Bret Smelser, the Mayor of Sidney at the time. At that point there had been expanding oil development for about five years.

You can listen to the interview yourself by clicking the audio player at the bottom of the page, but here’s what I learned from it:

According to the report, Smelser wanted help from Helena, but it didn’t come. He was particularly upset because Governor Bullock vetoed a bill that would have provided $35 million to eastern Montana to pay for increased infrastructure costs. Bullock said he vetoed it because he had to cut $150 million of “spending or tax cuts to balance the budget.” (By “tax cuts” he could mean the Oil and Gas Tax Holiday. Wouldn’t want the corporations to suffer. Just the people of Sidney.)

So how has Smelser balanced the budget? Listen for yourself:

So, looking back to yesterday’s post, when oil drilling expands:

Is this how you want to be represented in Helena? You and your elected county commissioner should work together to get this changed. It’s just not fair.

It’s interesting to note in the audio segment that “Smelser isn’t looking to the oil companies for more help. He believes the taxes they pay make sense and the companies give to the community in other ways–like to the local Boys and Girls Club.” (I am not making this up.) 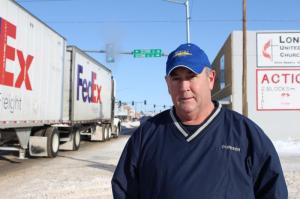 Of course he doesn’t want to reinstate the Oil and Gas Tax. This is the same Bret Smelser who was appointed by the Governor to sit on the Montana Board of Oil and Gas Conservation (BOGC). The one who showed open disdain for members of our community who spoke before the BOGC asking for protection in the Belfry well permit. Yes, the one who felt compelled to lecture our neighbors that they just need to make some sacrifices in the name of American energy independence. The same one who’s been able to expand Border Steel and Recycling, his family business, to Plentywood, Sidney and Williston, thanks to the Bakken oil boom. And then is responsible for regulating the oil corporations.  Could he have designs on a Red Lodge location next?

Next week we’ll look at a proposal to restructure the Oil and Gas Tax in a way that provides a real incentive to corporations in tough times and requires them to pay when their profits are high.

The Moses family has lived on the Stillwater River since 1974, when George and Lucile Moses retired and moved to the Beehive from the Twin Cities. They’re gone now, but their four daughters (pictured at left, on the Beehive) and their families continue to spend time there, and have grown to love the area. This blog started as an email chain to keep the family informed about the threat of increased fracking activity in the area, but the desire to inform and get involved led to the creation of this blog.
View all posts by davidjkatz →
This entry was posted in Bakken, Community Organization, Politics and History and tagged Bakken, Border Steel and Recycling, Bret Smelser, infrastructure, Montana Public Radio, Oil and Gas Tax Holiday, Sidney. Bookmark the permalink.

9 Responses to Who pays for infrastructure? You do. The case of Sidney, Montana