Learning lessons from our neighbors
Yesterday we talked about learning the lessons of history, and drew parallels between the way we dealt with smoking and public health beginning in the 1960s, and what that might teach us about the shale revolution today.

We can learn important lessons from our neighbors too. Areas in eastern Montana, North Dakota and Wyoming have had extensive drilling in their communities, and have lessons learned through hard experience.

So when a high-ranking Wyoming state official describes oil development as “devastating to the quality of life of residents who live within eye and earshot” of oil drilling rigs, we need to sit up and take notice.

Tracy D. Murphy, state epidemiologist and public health sciences section chief for the Wyoming Department of Health, made those comments in a September email to Laramie County Commissioners.

According to the Casper Star-Tribune, “Murphy’s voice is the most prominent in a growing chorus of concern over oil development in the capital region.”

The comments should resonate in Montana too. Energy Corporation of America (ECA) CEO John Mork has announced he plans to “bring a little bit of the Bakken” to the Beartooths, causing a great deal of concern among local land owners. The process has just begun in Carbon and Stillwater Counties.

One of the concerns land owners have about the potential expansion of oil drilling along the Beartooth Front is that it will bring heavy industry into rural areas. This means loud machinery operating 24 hours a day, seven days a week. In a rural community, this can be devastating. 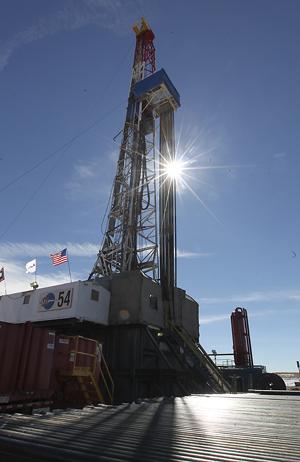 Oil boom in Laramie County
Laramie County has experienced a small boom in oil exploration this year. According to Mark Watson, Supervisor of the Wyoming Oil and Gas Conservation Commission, oil and gas operators are finding new success drilling in the Codell formation. New wells in the Codell are producing about a 1000 barrels a day, a far cry from the Bakken, where new wells can produce 5000 barrels a day, but still notable for Wyoming.

Local geologists have suggested that this might be similar to the kind of production we would see along the Beartooth Front if Energy Corporation of America is successful in realizing John Mork’s vision.

But, according to Murphy, this boom is enough to ruin the quality of life for local citizens.

The issue of zoning is an appropriate one to raise.

In Wyoming, counties have very little ability to develop zoning ordinances that regulate oil drilling. According to Laramie County Commissioner Buck Holmes, the Wyoming Oil and Gas Conservation Commission has that responsibility. Watson confirms this. The county can regulate sanitation facilities and the weight of truck traffic, though in the case of the latter, that would be reserved only for emergency situations.

But in Montana land owners have an opportunity to work with their county commissioners to develop zoning ordinances that establish a fair balance between oil drilling and the quality of life of local residents. 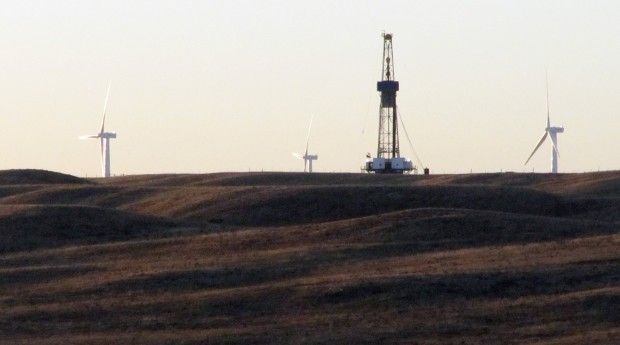 The process is called citizen initiated zoning, as set forth in Montana law in MCA 76-2-101. Here’s how it works:

Plans are currently underway to establish citizen initiated zoning in Carbon County and Stillwater County. There is a great deal of information about it on this blog, which you can find by clicking here.

Thanks to Dennis Hoyem for bringing the Casper Star-Tribune article referenced in this post to my attention.

The Moses family has lived on the Stillwater River since 1974, when George and Lucile Moses retired and moved to the Beehive from the Twin Cities. They’re gone now, but their four daughters (pictured at left, on the Beehive) and their families continue to spend time there, and have grown to love the area. This blog started as an email chain to keep the family informed about the threat of increased fracking activity in the area, but the desire to inform and get involved led to the creation of this blog.
View all posts by davidjkatz →
This entry was posted in Community Organization, Politics and History and tagged citizen initiated zoning, Laramie County Wyoming, noise pollution, Wyoming Oil and Gas Conservation Commission. Bookmark the permalink.