Beware: The oil and gas industry has a national game plan to limit local regulation of drilling

Oklahoma has a problem with man-made earthquakes caused by injection wells associated with fracking. You’ve read it on this site many times, most recently on Monday of this week, and Oklahoma’s elected leaders have publicly admitted this is true.

So you would naturally think that state lawmakers would support efforts by landowners to protect their property, and enable them to create regulation that would reduce the possiblity of earthquakes, and protect water, air and soil. 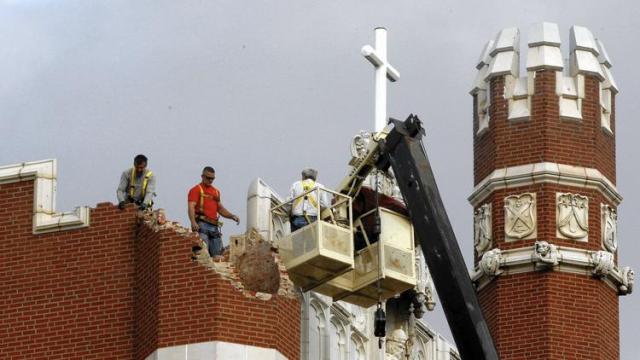 You might think that, but you’d be substantially underestimating the power of the oil and gas industry.

Instead of protecting property owners, the Oklahoma state legislature is proceeding full speed ahead to protect the companies causing the earthquakes. They’re doing this by limiting the ability of localities to make rules about oil and gas drilling in their towns.

At least eight bills were filed in Oklahoma in the current legislative session to prevent cities and counties from regulating drilling operations. Two of these passed in the Oklahoma House last week: SB 809 and SB 468. 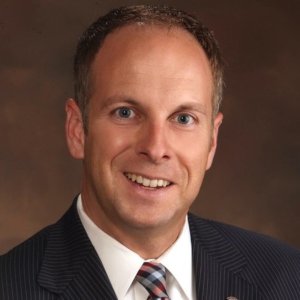 Jeff Hickman, Speaker of the Oklahoma House of Representives, is the sponsor of Oklahoma SB809

SB809 would prohibit direct regulation of oil and gas exploration, drilling or fracking, but would allow “reasonable” ordinances related to “road use, traffic, noise and odor.” SB 468 is worse — it would fix it so that any interference in oil and gas production by local government would be considered a “taking” of property, meaning mineral rights holders could seek compensation.

The oil and gas industry playbook
For those of us trying to protect our property and way of life from unregulated and irresponsible drilling, this should set off huge alarm bells. Last week we read that the Texas legislature is in the process of passing similar bills to block local regulation of drilling. And the phrase “taking of property” should throw outright panic into those of us along the Beartooth Front.

When Energy Corporation of America attorney Mike Dockery argued against the establishment of a citizen-initiated zone in Carbon County, he made this exact same “taking” argument. His argument went that the Montana Board of Oil and Gas Conservation (BOGC) has the exclusive right to regulate oil and gas drilling, that the BOGC had already issued a permit for a well in Belfry, thus providing ECA with a “constitutionally-protected right to develop the well as defined by the permit.  Thus, further regulating the way in oil is recovered would be a “taking” of property. (Read Dockery’s full letter here.)

It doesn’t take a mathematician to add two and two. What’s going on here is that the oil and gas industry, stung by recent bans in places like New York and Denton, Texas, has gotten together to develop a playbook on how to beat local regulation of drilling. And everybody’s on the same page. They’re passing the same laws in state legislatures. They’re using the same legal arguments to fight local regulation in courts, and, let’s not forget, they’re doing everything they can to politicize state judicial systems and bring in political judges who will side with the oil and gas industry.

Now is the time for action
We are just finishing our semi-annual legislative session in Montana. We have two years until the next one. You can guarantee that the oil and gas industry will have their playbook in place for the next session in Helena.

This means that we need to be putting local regulations in place, and developing them in such a way that they will withstand pressure to override them. Local communities need to be in action to get these regulations passed and into effect NOW.

The Moses family has lived on the Stillwater River since 1974, when George and Lucile Moses retired and moved to the Beehive from the Twin Cities. They’re gone now, but their four daughters (pictured at left, on the Beehive) and their families continue to spend time there, and have grown to love the area. This blog started as an email chain to keep the family informed about the threat of increased fracking activity in the area, but the desire to inform and get involved led to the creation of this blog.
View all posts by davidjkatz →
This entry was posted in Politics and History, Uncategorized and tagged earthquakes, local regulation, Oklahoma. Bookmark the permalink.

8 Responses to Beware: The oil and gas industry has a national game plan to limit local regulation of drilling