November ballot measures in other states

Yesterday we looked at battle between the oil and gas industry and communities in Colorado. Today we’ll look at fracking-related ballot measures in other states.

Florida
Amendment 9 places two constitutional amendments on the ballot. It would prohibit “drilling, either for exploration or extraction, of oil or gas on all lands beneath state waters,” which would encompass offshore fracking. State-owned waters extend from the mean high water line to the state’s outermost territorial boundaries. For some reason, this is bundled with a second amendment that would ban vaping indoors. 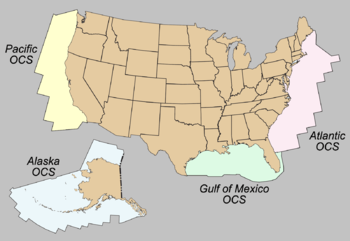 Trump’s EO opens 120 million acres on the Continental Shelf to drilling. Amendment 9 would prohibit drilling in waters off the Florida coast.

Background. In December 2016 President Obama issued a moratorium on all new oil and gas drilling in 120 million acres in the Arctic and Atlantic oceans. Then, in April 2017, President Trump signed an executive order directing the Department of the Interior to revise the Obama administration’s 2017-2022 leasing plan for offshore oil and gas drilling in the Arctic, Atlantic, and Pacific oceans, which lifted the moratorium. “Renewed offshore energy production will reduce the cost of energy, create countless new jobs, and make America more secure and far more energy independent,” Trump said at the signing ceremony.

In January of this year, Interior Secretary Zinke announced a draft program to make over 90 percent of the total U.S. Outer Continental Shelf acreage available to oil and gas exploration and development. The proposal included 47 potential lease sales, with 12 in the Gulf of Mexico and nine in the Atlantic Ocean. According to Zinke, the plan included the “largest number of lease sales ever proposed.”

Zinke exempted Florida from the draft program to open parts of the Gulf of Mexico and the Atlantic Ocean to oil and gas exploration based on Florida Governor Rick Scott’s request, but said that a final decision had not been made and a final proposal would be released this fall.

Amendment 9 would close off the opportunity for future offshore drilling.

California
Measure G in San Luis Obispo County, just north of Santa Barbara, would prohibit “new petroleum extraction, and all well stimulation treatments, including fracking and acid well stimulation, on all lands within the unincorporated area of the county.” This would include not only new extraction, but expansion of current sites.

The activist group Protect San Luis Obispo County collected over 20,000 signatures to put the measure on the ballot.

Not on the ballot
Measures in Michigan and Ohio did not make the ballot.

The Michigan Fracking Ban Initiative would have banned the use of horizontal fracking and prohibited the production, storage, disposal, and processing of fracking waste in the state. Proponents did not reach the required 315,000 signatures to be on the ballot.

In Ohio, the state Supreme Court ruled that a measure meant to ban fracking in Columbus, Ohio was illegal and could not appear on the November ballot. The court reasoned that state law specifically reserves the right to regulate oil and gas activity. The measure would have prohibited drilling within the city.

Update 11/2/2018: A reader in Youngstown, Ohio points out that there is a municipal charter amendment on the ballot in that city. The amendment would recognize community rights to safe drinking water and a healthy environment, and establish a community “bill of rights.” The ordinance would effectively block new drilling for oil and gas.

We’ll report back on what happened after the election.

The Moses family has lived on the Stillwater River since 1974, when George and Lucile Moses retired and moved to the Beehive from the Twin Cities. They’re gone now, but their four daughters (pictured at left, on the Beehive) and their families continue to spend time there, and have grown to love the area. This blog started as an email chain to keep the family informed about the threat of increased fracking activity in the area, but the desire to inform and get involved led to the creation of this blog.
View all posts by davidjkatz →
This entry was posted in Politics and History and tagged Ballot measures, Florida Amendment 9, San Luis Obispo County Measure G. Bookmark the permalink.

3 Responses to November ballot measures in other states