Lessons from other states: Nevada and Arizona

Posted on November 2, 2018 by davidjkatz

We are currently looking at energy initiatives in other states that are on the ballot in November, 2018. Previous posts:

Renewable portfolio standards: Nevada and Arizona
There are two nearly identical November 6 ballot measures in Arizona and Nevada, where voters will separately decide whether to require utilities to acquire at least half of their electricity from renewable sources by 2030.

Both measures would raise the “Renewable Portfolio Standard” (RPS) to 50% by 2030. An RPS requires electric utilities to ensure that a specified percentage of electricity they sell comes from renewable energy, which is usually tracked through a credit system. That allows for certain types of energy, such as electricity produced through rooftop solar systems, to have a “credit multiplier” effect and count more towards meeting the required minimum production standard.

Nevada
Nevada Amendment 6, if approved, would change the state constitution to raise Nevada’s Renewable Portfolio Standard] to 50 percent by 2030. The state’s current RPS is set at 20 percent and will increase to 25 percent by 2025. The PAC supporting the ballot measure was able to turn in more than 230,000 signatures to state election officials in June, far above the required 112,544 signatures needed to make it onto the ballot.

NV Energy, the state’s primary electric utility, said in April that it had a 24 percent clean energy portfolio for 2017, ahead of the required 20 percent RPS minimum. The utility has not taken a position on Amendment 6, which means it has a good chance of passing. 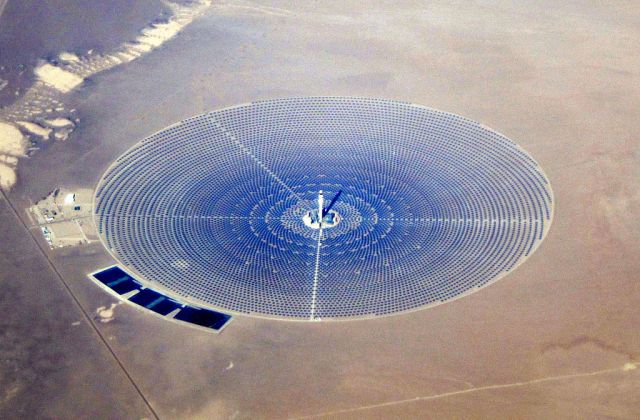 If approved, the RPS would not immediately increase to 50 percent overnight — instead rising to 26 percent through 2022 and 2023 and rising by 8 percent every subsequent two-year period until 2030.

NextGen Climate Action is the primary PAC supporting Amendment 6, and has raised $6.4 million. There is no active fundraising campaign opposed.

Arizona
Arizona Proposition 127  would increase the state’s RPS each year until reaching 50% by 2030. As of 2018, the state’s RPS is 15% by 2025. Proposition 127 would increase the RPS each year until reaching 50 percent in 2030. The initiative would define renewable energy to include sources such as solar, wind, biomass, certain hydropower, geothermal, and landfill gas energies.

Opposition of the public utilities has made a significant difference. A late-September poll shows 33.6% of voters in favor of the Prop 127, and 46.6% opposed.

What is happening in other states?
At least 29 states have an RPS in place, and eight additional states have set nonbinding renewable energy “goals,” according to the National Conference of State Legislatures. The most progressive RPS levels in the country:

If the Arizona and Nevada initiatives pass, it will bring them up to the top tier of states.

Besides being a small step toward reducing the nation’s carbon footprint, the pair of ballot measures will test the extent to which states are willing to buck the Trump administration to prop up cleaner energy. If either or both passes, it is more likely we will see similar measures in 202o.

What is Montana doing?
In 2005, Montana passed a law that requires public utilities and competitive electricity suppliers with more than 50 customers to obtain 5% of their retail sales from renewables by 2015 and maintain the percentage each year thereafter. Montana has an RPS requirement of 15% by 2015, which must be maintained each year after that.

The Moses family has lived on the Stillwater River since 1974, when George and Lucile Moses retired and moved to the Beehive from the Twin Cities. They’re gone now, but their four daughters (pictured at left, on the Beehive) and their families continue to spend time there, and have grown to love the area. This blog started as an email chain to keep the family informed about the threat of increased fracking activity in the area, but the desire to inform and get involved led to the creation of this blog.
View all posts by davidjkatz →
This entry was posted in Politics and History and tagged Arizona Proposition 127, Nevada Amendment 6, Renewable Portfolio Standards. Bookmark the permalink.