Washington has been trying to pass a carbon tax for the last decade without success. But this year, as unhappiness with Trump’s anti-environment agenda grows, it looks like the state may succeed.

Initiative 1631 is on the November ballot. It would impose a starting fee of $15 per ton on carbon emissions, beginning in 2020, with 70 percent of the money raised invested in clean energy. If it passes, Washington will make history, becoming not only the first state in the union to adopt a carbon tax, but also the first government anywhere to do so by ballot referendum.

But passage is far from certain. Washington voters rejected a carbon tax the last time one appeared on the ballot, in November 2016, largely because the environmental community did not unanimously support it. This time around environmentalists are unified, but oil and gas companies—including Phillips 66, Chevron, BP, and Shell—have collectively donated $25 million to defeat the initiative. 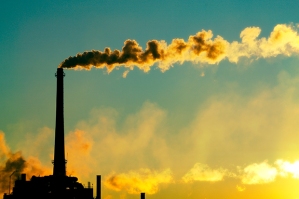 Why a carbon tax?
A carbon tax is a critical first step in dealing with the societal costs of climate change. It recognizes that climate change impacts — extreme weather events, sea level rise, droughts, and so on — must be considered as a cost of fossil fuel extraction, and should be factored into the price.

Today the price of energy from fossil fuels (coal, oil, gas) is determined by market forces.  Oil prices, for example, are set by commodities traders, who bid on oil futures contracts in the commodities market. These contracts are agreements to buy or sell oil at a specific date in the future for an agreed-upon price.

Very simplistically, the primary factors that commodities traders use to develop their bids are:

However, there is an additional cost of fossil fuels that is not factored into the price. It is the societal cost of releasing carbon into the atmosphere as a byproduct of fossil fuel production. This contributes to global warming, which has significant societal cost (extreme weather, drought, agricultural disruption, sea level rise, and so on).

In economic terms, this cost is called a “negative externality,” a cost that is suffered by a third party as a result of an economic transaction. Society suffers because of the purchase of fossil fuels.

A carbon tax is one mechanism that would price the externality of carbon emissions to make the price of fossil fuels an accurate reflection of all costs. If set correctly, a carbon tax will decrease fossil fuel usage and cause consumers to seek other sources of energy.

Initiative 1631 specifics
Initiative 1631 requires major polluters like fossil-fuel companies to pay $15 for every ton of carbon dioxide they release into the atmosphere. The state estimates that this levy would generate roughly $2.2 billion in its first five years. 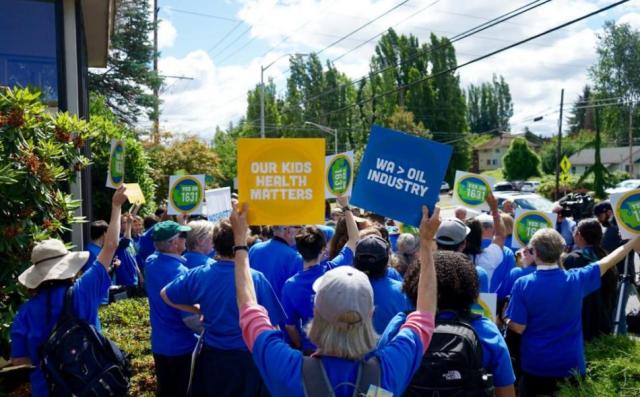 Initiative 1631 has attracted a broad coalition of support. Photo courtesy Yes on 1631.

These revenues would then be invested into a new fund to support projects that would accelerate the state’s transition away from fossil fuels, like public-transit development, energy-efficiency upgrades, and new wind- and solar-power plants.The fund would support other kinds of projects, as well. One-quarter of its revenue must be spent to protect forests and streams in the state. One-twentieth must directly flow to communities that stand to be hurt by either climate change or the transition away from fossil fuels, such a Centralia, which has the state’s only coal-fired power plant.

Initiative 1631 would take effect in 2020. For the next decade and a half, its starting fee of $15 would increase by $2 every year, plus inflation. In 2035, when the fee is projected to hit $55 a ton, state lawmakers could either freeze it in perpetuity or vote to continue its steady increase.

Why it matters
Although carbon taxes are not unique — about 20% of fossil fuel production in the world is taxed, a carbon fee enacted by voter initiative is unique. California has a cap and trade system passed by the state legislature, and Canada will implement a national tax of $38/ton in 2022.

If this initiative passes, expect many other states to follow this path in subsequent elections. Montana will not be one of them, until voters throw out legislators who are trying to prop up dying fossil fuel industries instead of looking to the future.

We’ll report back after the election.

The Moses family has lived on the Stillwater River since 1974, when George and Lucile Moses retired and moved to the Beehive from the Twin Cities. They’re gone now, but their four daughters (pictured at left, on the Beehive) and their families continue to spend time there, and have grown to love the area. This blog started as an email chain to keep the family informed about the threat of increased fracking activity in the area, but the desire to inform and get involved led to the creation of this blog.
View all posts by davidjkatz →
This entry was posted in Politics and History and tagged carbon fee, carbon tax, global warming, Washington Initiative 1631. Bookmark the permalink.

1 Response to Lessons from other states: Washington carbon fee initiative