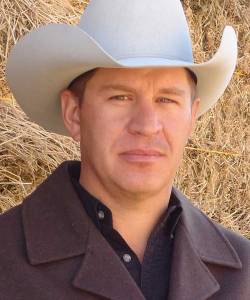 I have a number of topics percolating, but I want to share this video that found its way to my mailbox today. It’s an interview with John Fenton of Pavilion, Wyoming about his experiences with the oil and gas industry and how they have changed his life, first for worse and then, in a transformational sense, for the better.

We’ve written about John in the past. We’ve described his personal story and how politics has trumped science in Pavilion, and encouraged you to attend an event in Red Lodge at which he spoke.

But we can’t do justice to John’s story the way he can. The video is an eighteen minute description of the events that changed his life. I can’t recommend it enough to those who live in communities where oil and gas drilling is being considered. It is sobering and hopeful, and perhaps it will spur you to action.

The video is part of a series by Heidi Hutner called Coffee with Hx2. Hutner is the director of the Sustainability Studies Program and Associate Dean in the School of Marine and Atmospheric Sciences at Stony Brook University in New York.

The Moses family has lived on the Stillwater River since 1974, when George and Lucile Moses retired and moved to the Beehive from the Twin Cities. They’re gone now, but their four daughters (pictured at left, on the Beehive) and their families continue to spend time there, and have grown to love the area. This blog started as an email chain to keep the family informed about the threat of increased fracking activity in the area, but the desire to inform and get involved led to the creation of this blog.
View all posts by davidjkatz →
This entry was posted in Uncategorized and tagged John Fenton, Pavilion Wyoming. Bookmark the permalink.

3 Responses to Interview: The Gas Patch with John Fenton