New research suggests that Pennsylvania residents with the highest exposure to active natural gas wells are nearly twice as likely to suffer from a combination of migraine headaches, chronic nasal and sinus symptoms and severe fatigue.

Researchers from the Johns Hopkins Bloomberg School of Public Health, reporting online today in the journal Environmental Health Perspectives, say their findings add to a growing body of evidence linking the fracking industry to health problems. 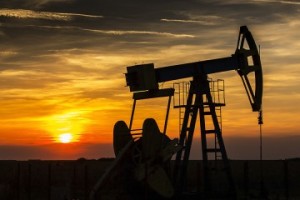 The research reminds us that Montana is one of the few oil and gas producing states with no mandated minimum distances, or setbacks, between wellheads and occupied buildings. The Montana Board of Oil and Gas Conservation recently considered the issue of setbacks, but decided to require only notification of residents when a well is about to be drilled nearby. Carbon County recently became the first county in Montana to pass a county-wide setback restriction as part of the County’s growth plan revision.

Debilitating impacts
“These three health conditions can have debilitating impacts on people’s lives,” says author Aaron W. Tustin. “In addition, they cost the health care system a lot of money. Our data suggest these symptoms are associated with proximity to the fracking industry.”

For their study, Tustin and his colleagues created a questionnaire and received responses from 7,785 adult primary care patients of the Geisinger Health System, a health care provider that covers 40 counties in north and central Pennsylvania. The questionnaires were returned between April and October of 2014. The researchers found that 1,765 respondents (23 percent) suffered from migraines, 1,930 people (25 percent) experienced severe fatigue and 1,850 (24 percent) had current symptoms of chronic rhinosinusitis (defined as three or more months of nasal and sinus symptoms).

The researchers used publicly available well data to estimate participants’ exposure to the fracking industry. Their models accounted for the size and number of wells, as well as the distance between wells and people’s homes. While no single health condition was associated with proximity to active wells, those who met criteria for two or more of the health conditions were nearly twice as likely to live closer to more or larger wells.

“We don’t know specifically why people in close proximity to these larger wells are more likely to be sick,” says the study’s senior author Brian S. Schwartz, MD, MS, a professor in the Department of Environmental Health Sciences at the Bloomberg School. “We need to find a way to better understand the correlation and, hopefully, do something to protect the health of these people.”

But, he said, “there have now been seven or eight studies with different designs and in different populations, and while none is perfect, there is now a growing body of evidence that this industry is associated with impacts on health that are biologically plausible.”

Previous research conducted by Schwartz and colleagues has linked the fracking industry to increases in premature births, asthma attacks and indoor radon concentrations.

Tustin and his colleagues say there are plausible explanations for how fracking could cause these health conditions. Well development generates air pollution, which could provoke nasal and sinus symptoms. This type of drilling also produces stressors such as odors, noise, bright lights and heavy truck traffic. Any of these stressors could increase the risk of symptoms. Migraine headaches, for example, are known to be triggered by odors in some individuals.

Hydraulic fracturing involves the injection of millions of liters of water into deep rock formations to liberate natural gas or petroleum. Energy companies moved toward fracking in the early 2000s when natural gas prices were high and supplies were low. Pennsylvania has embraced the industry. Over 9,000 fracking wells have been drilled in Pennsylvania in the past decade. Hydraulic fracturing has expanded rapidly in recent years in states such as Colorado, North Dakota, Montana, Wyoming, West Virginia and Ohio. In contrast, New York has banned fracking and Maryland has delayed well production.

Maryland’s fracking moratorium is set to expire in October 2017. The moratorium was passed in 2015 out of concern about fracking’s potentially negative environmental effects, before the more recent health studies were completed. Schwartz says Maryland regulators should consider these new scientific findings when they decide whether to allow drilling.

“The moratorium was put in place before we even knew that there were health effects associated with these wells,” Schwartz says. “Now that we do, regulators need to carefully consider their next steps.”

A recent analysis by PSE examined 685 peer reviewed studies on fracking. They  concluded that:

Montana remains woefully behind in protecting its residents from these health effects.

The oil and gas industry’s predictable attack on this study: Activists’ own research contradict claim of link between fracking and sinus conditions, migraines, fatigue in Drillbit Media

The Moses family has lived on the Stillwater River since 1974, when George and Lucile Moses retired and moved to the Beehive from the Twin Cities. They’re gone now, but their four daughters (pictured at left, on the Beehive) and their families continue to spend time there, and have grown to love the area. This blog started as an email chain to keep the family informed about the threat of increased fracking activity in the area, but the desire to inform and get involved led to the creation of this blog.
View all posts by davidjkatz →
This entry was posted in Health impacts, Uncategorized and tagged Brian Schwartz, citizen initiated zoning, fatigue, health impacts, Johns Hopkins Bloomberg School of Public Health, migraines, Pennsylvania, setbacks, sinus conditions. Bookmark the permalink.